The Ashton-under-Lyne munitions explosion occurred on 13 June 1917 when the Hooley Hill Rubber and Chemical Works caught fire and exploded. The factory was engaged in the production of TNT for the war effort and was completely destroyed. Forty-three people were killed and most of the surrounding area was left devastated.

Tameside Cultural Services worked with artist Harriet Hall from interference-art and pupils from St Peters Primary School in Ashton to create an artistic response to the tragedy. Participants first researched the facts using resources with Tameside Local Studies and Archive Centre, utilising maps, newspaper articles as well as an original handkerchief and poem which was sold to raise money for victims. Pupils used different artistic methods to create explosive images, including techniques such as rocket painting and tape drawing. The artworks text is taken from the lyrics of songs the young people wrote inspired by the munitions explosion. 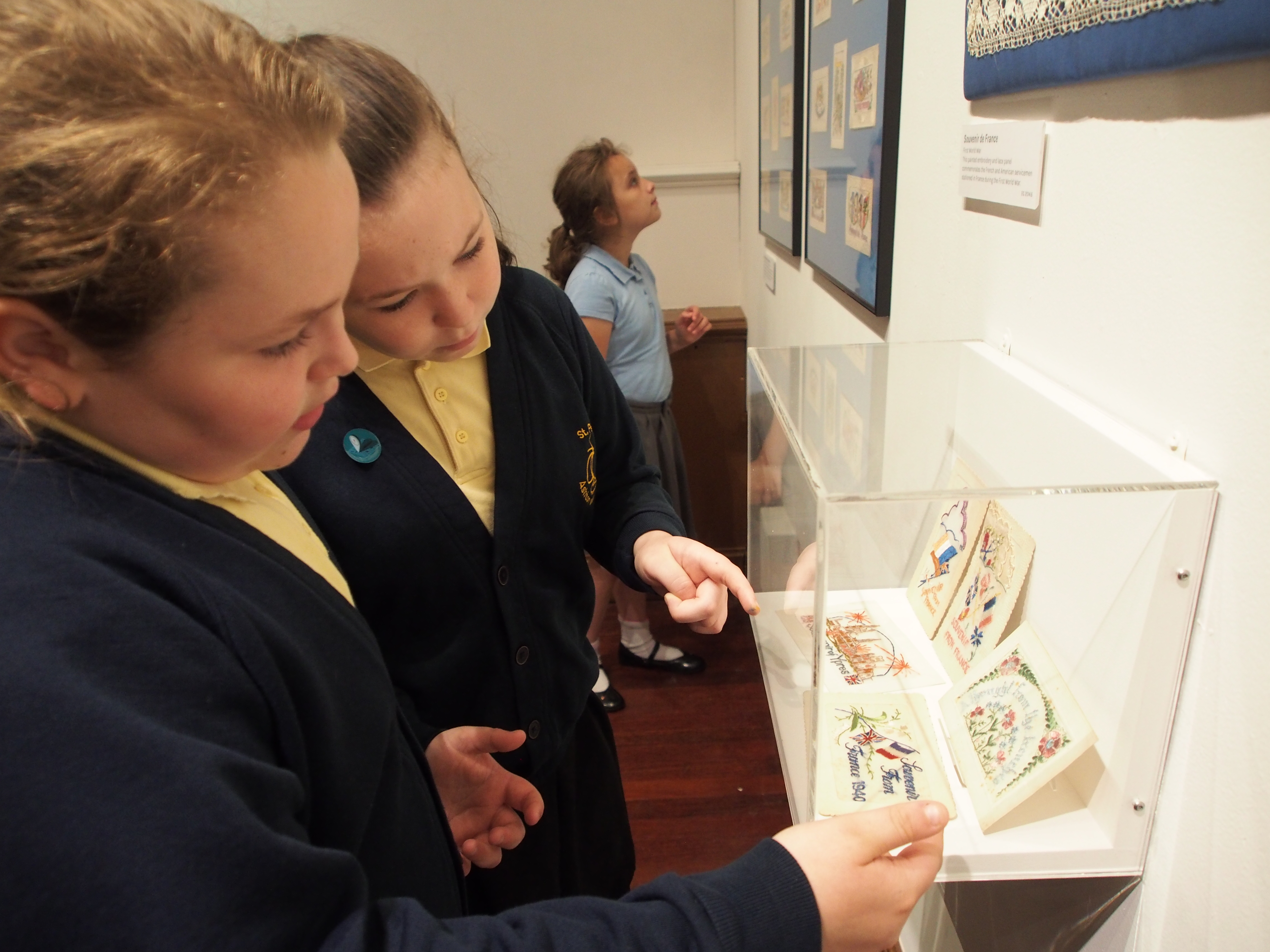 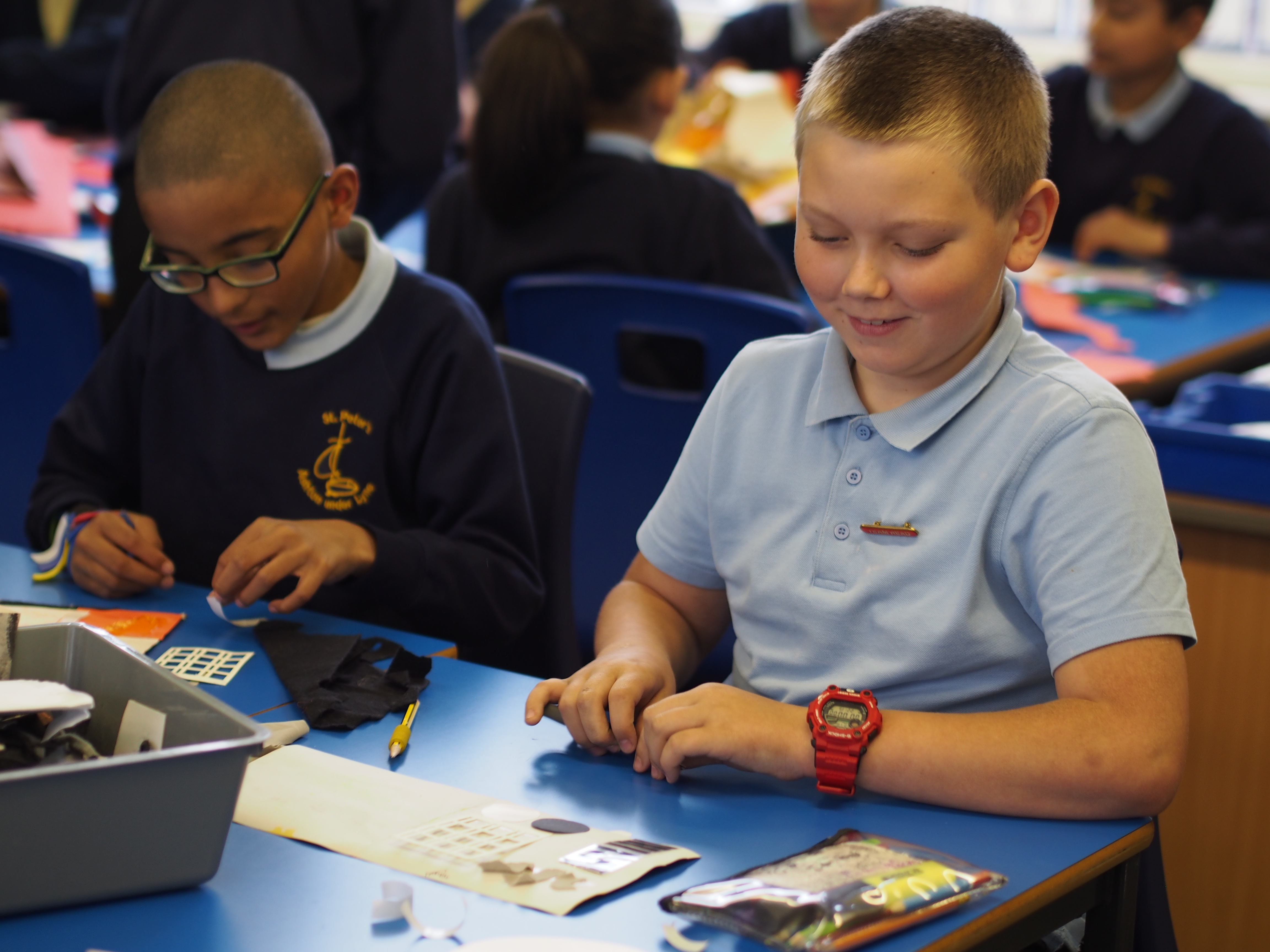 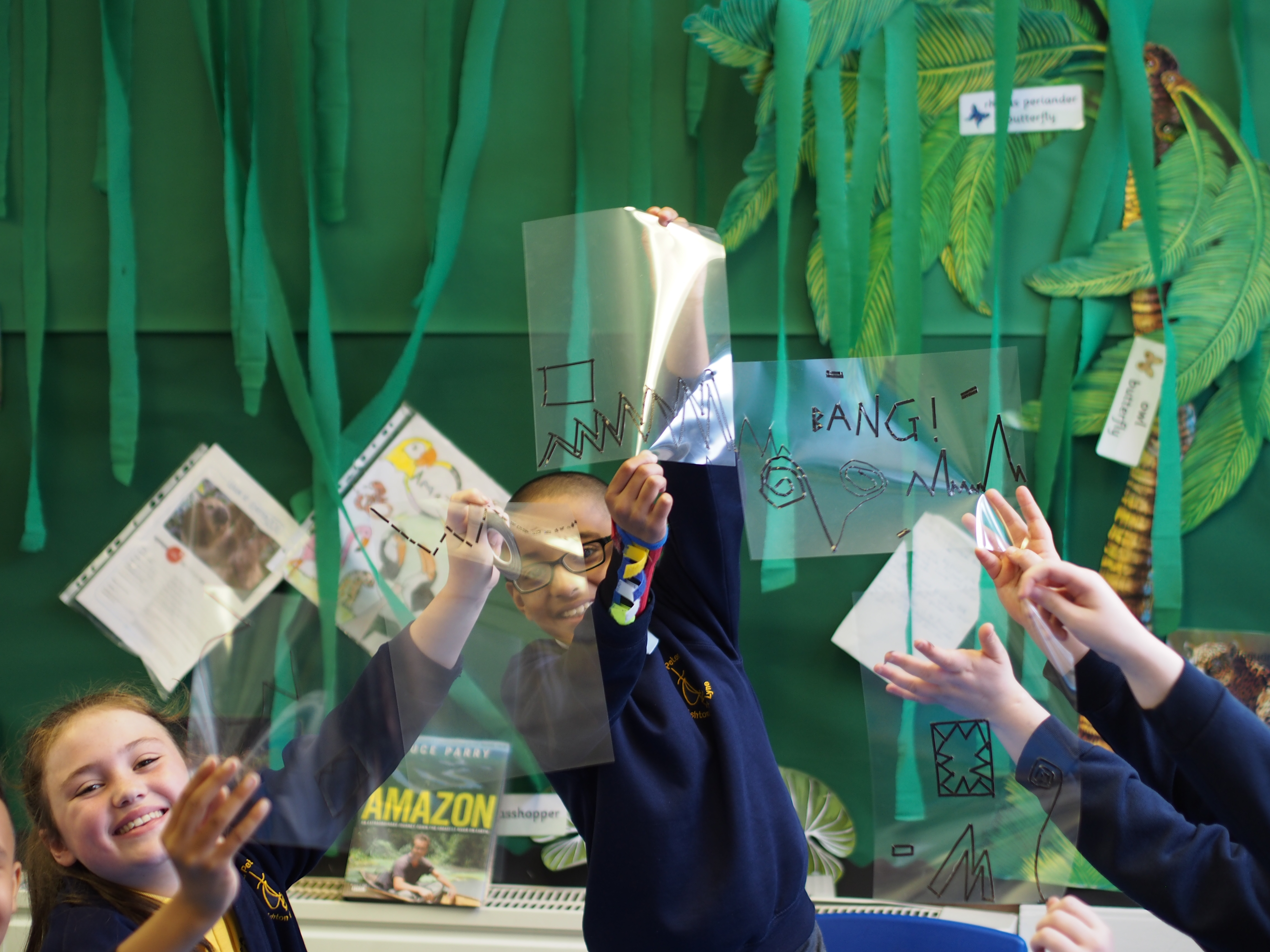 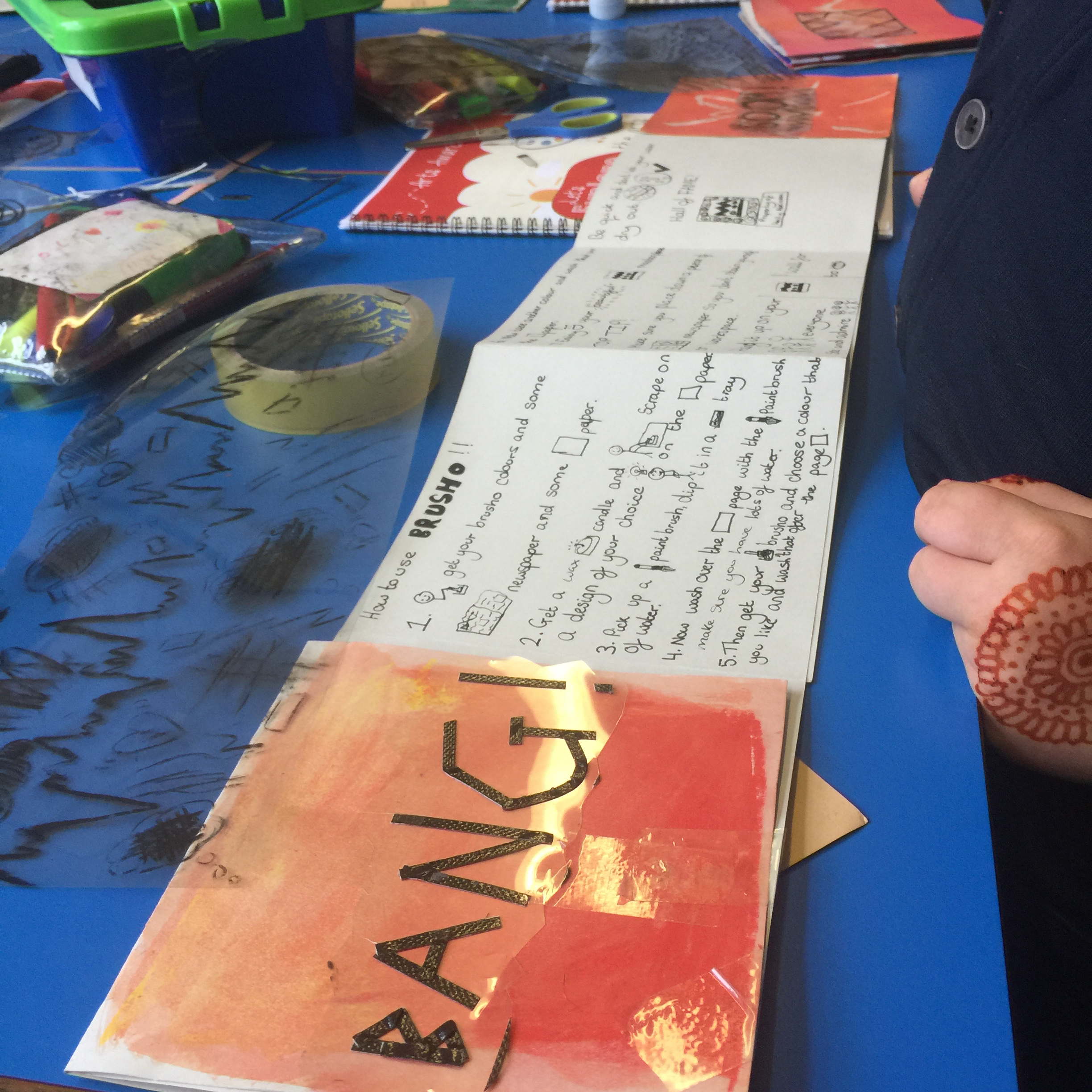 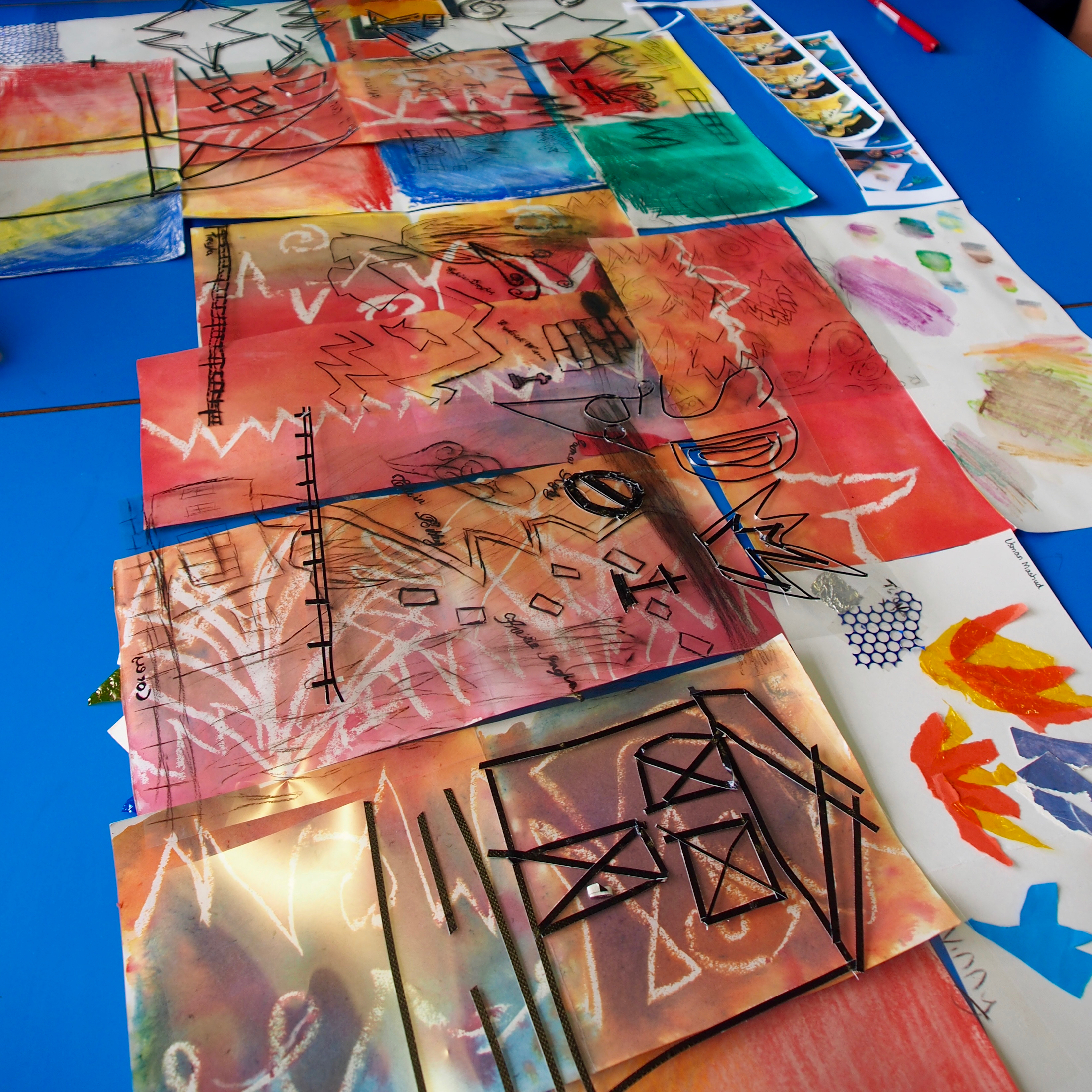 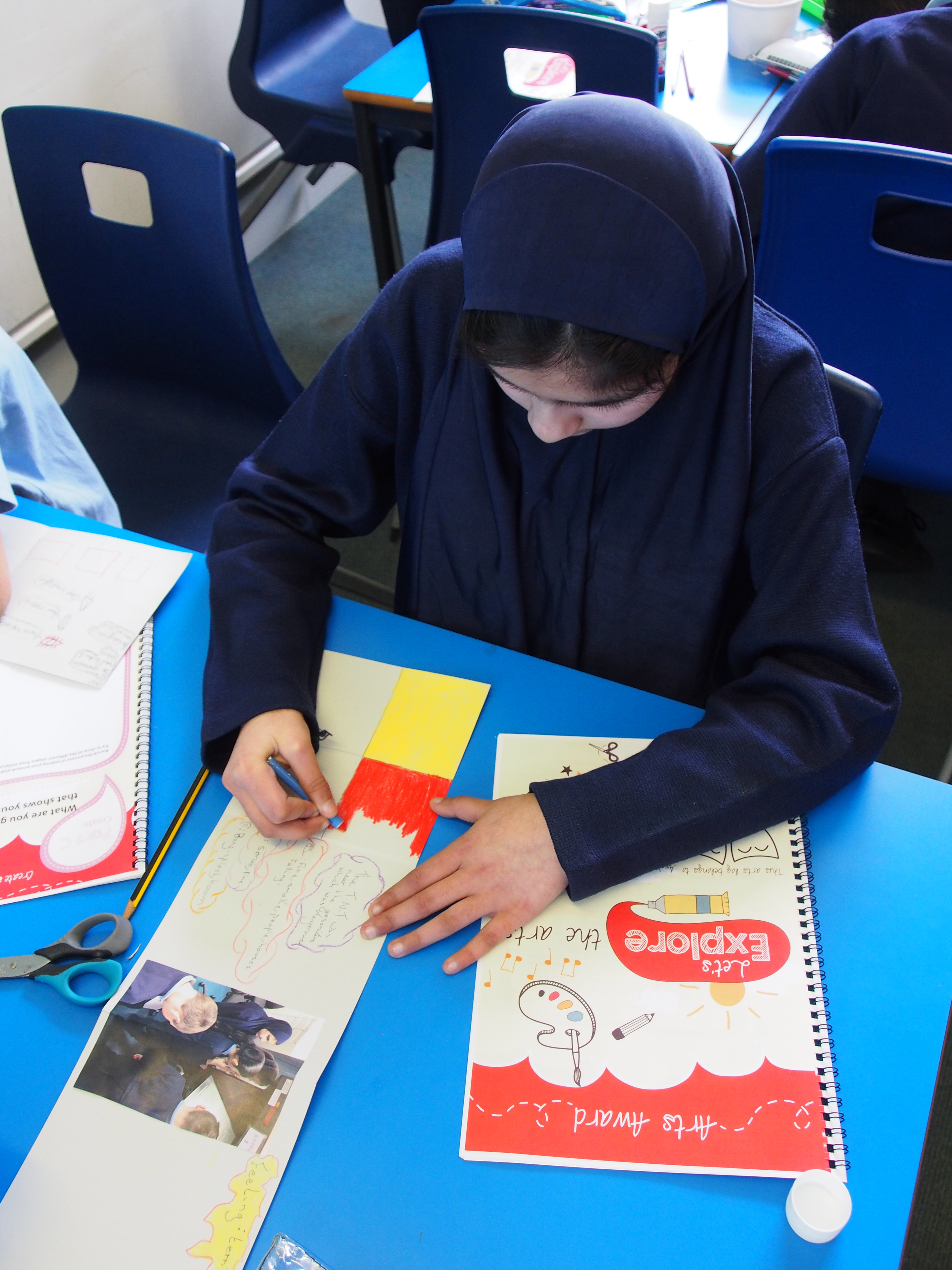 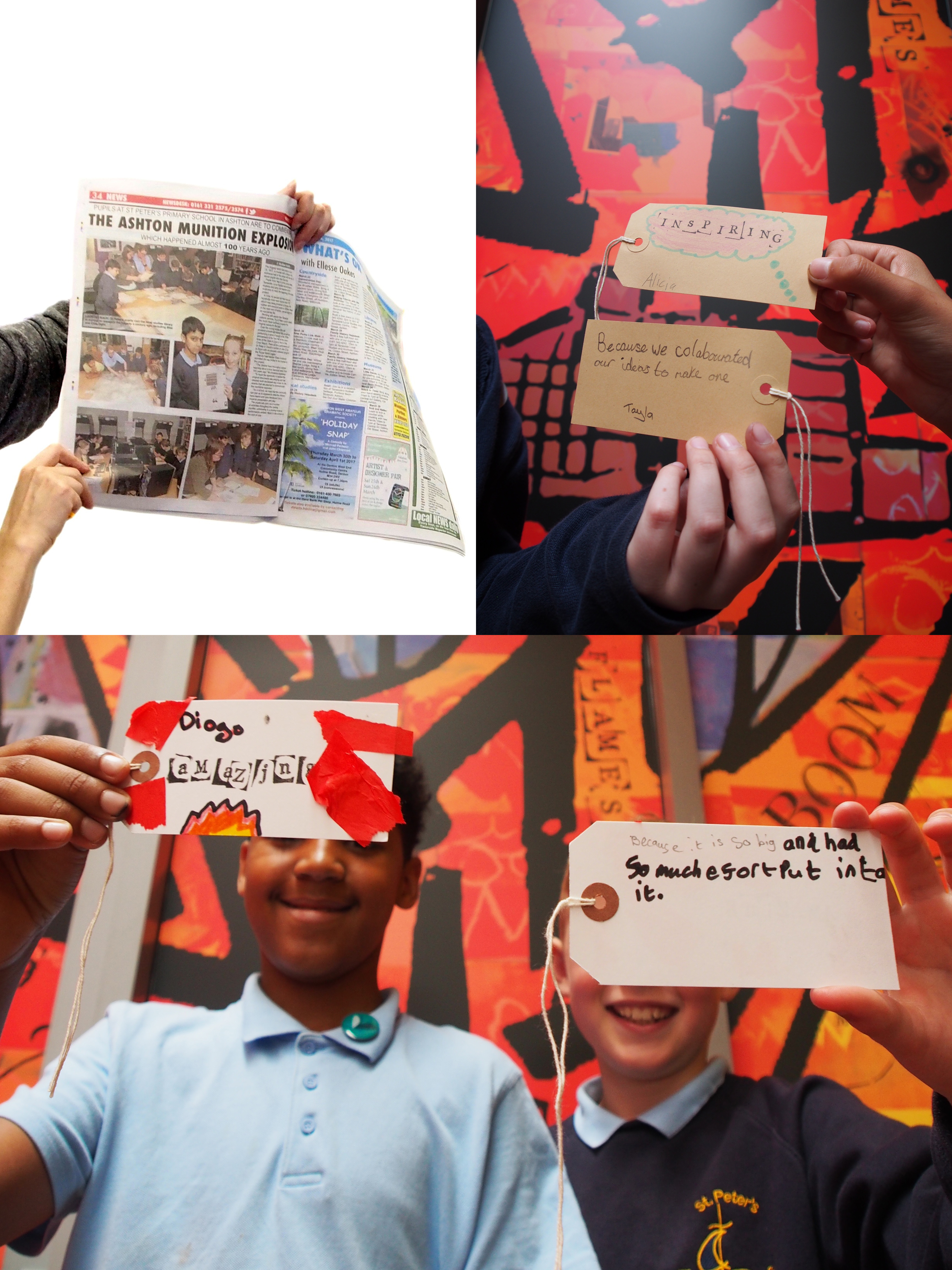 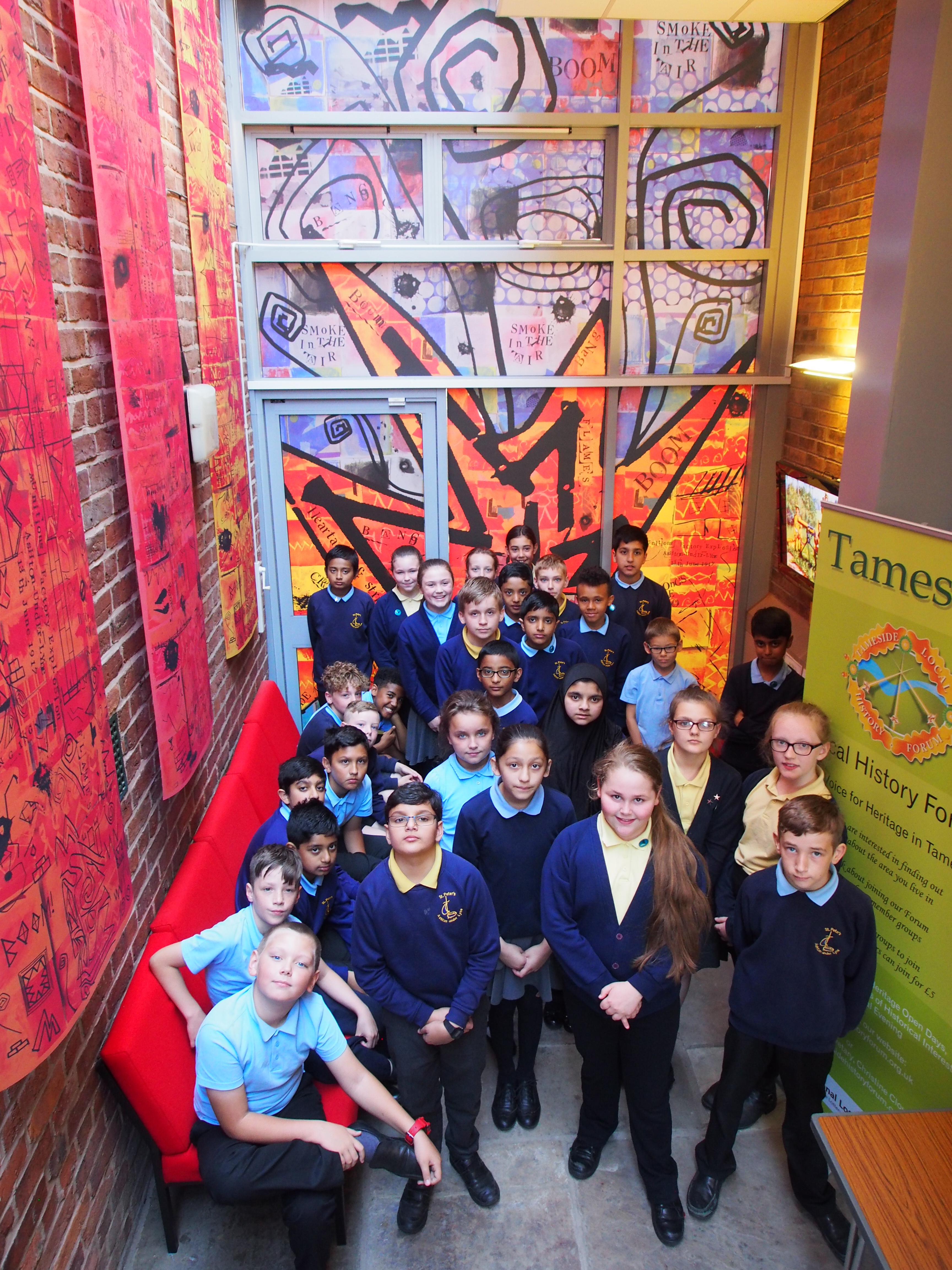